Ferry over the Cree and Marble games in Wigtown

In 1813 Richard Ayton and William Daniell embarked on 'A Voyage Round Great Britain' by the coast, starting from Land's End, Daniell making the engravings (see earlier post) and Ayton compiling the written account. The project took 12 years to complete travelling during the summer months reaching Creetown in 1814. This is what he wrote: 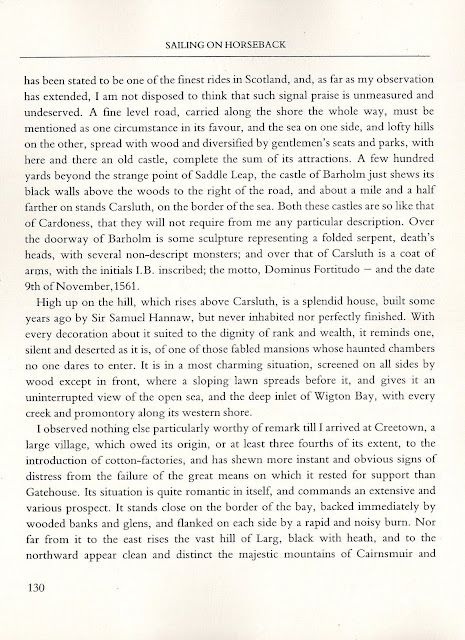 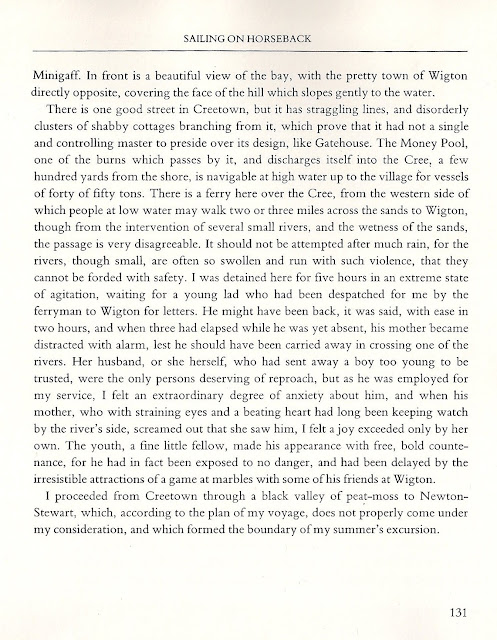 For an edited version of Ayton's text through Cumbria and Dumfries and Galloway - 'Sailing on Horseback' edited by Innes Macleod, published 1988 by T.C. Farries and Co. (I found it in the Kirkcudbright library).