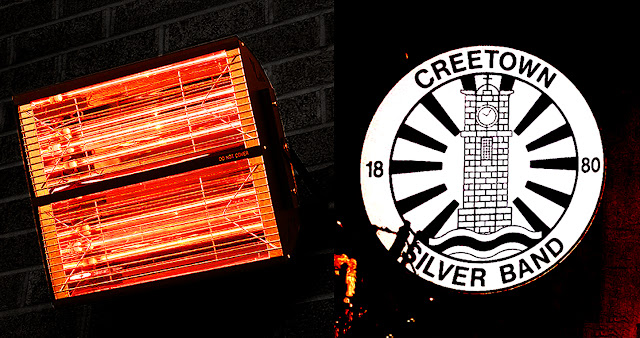 Listen to the Granite:

Granite is an igneous rock.

The Creetown Silver Band was formed by granite quarrymen in 1880.

In that year, Mr. John Barr and Mr. Rob Elliot raised £20 and purchased 20 brass instruments. Today the band has 29 members of all ages – and throughout its 132 year history there has always been a member of the ‘Barr’ family amongst its ranks. Rehearsals take place on Thursday evenings at St Josephs (a former church) in Creetown.
Tonight, the conductor is waiting - while one of the trombonists jokes:


“If you’re making a flag inspired by us - it should have a big hearing-aid on it!!”

(All assembled are laughing)
The conductor is waiting....... waiting for the hub-bub to die down.... he hears shuffling.....then near silence – more rustling – moments pass and then complete silence. Players and instruments ready.

The conductor springs forward, arms aloft and 29 brass and silver instruments of all shapes, sizes and pitch launch in unison.

Igneous rock is sometimes referred to as fire rock from its Latin translation 'ignis' - which means 'pertaining to fire'.
Igenous rock is derived from the cooling and crystallization of magma or lava.
and GULP!!!!!

Magma is a naturally occurring molten rock material, which comes from deep within the Earth's surface.
The sound is incredibly powerful .....
Igneous rocks form where lithospheric plates pull apart at mid-ocean ridges, where plates come together at subduction zones....

....and where continental crust is pushed together, making it thicker and allowing it to heat to melting point.

In the dim light of the hall, two wall-mounted heaters glow red hot either side of the Silver Band’s official crest. A black and white emblem with Creetown’s clock-tower at its centre.
A hooded girl in the central section of the band – is wearing adidas stripes as she plays...... I see more stripes along from her.....and then yet another set. Three sets of ‘go faster’ stripes.
The conductor halts suddenly..... and the thunderous charge subsides.
Should I clap? - I want to clap.
The conductor takes out an ipad (To general derision and laughter)
At this point, the door of the hall creaks open and Jill (nee) Barr enters and takes her place - also wearing Adidas!
Conductor: “The double bar.....3 bars before the fine (fee-nay) DA DA DA DUM – DA DA DA DUM – DA DA DA DUM”
And again, the band takes off... picking up speed...
It feels like it’s coming from the ground up.... from deep undergound.....– from below the bedrock. From the granite? – maybe it is?......this sound/band was founded by granite quarrymen afterall.
The term 'plutonic' comes from the Greek God of the underworld, Pluto.
Granite is a plutonic rock – formed from molten rock that never reaches the surface of the Earth. Magma that has cooled, solidified and crystallized in pockets or chambers beneath the Earth's surface.
There are blue folders everywhere - with sheet music in them – one on top of the pile nearest me - is titled ‘HOMETOWN’ in black biro.
Granite is found in all continents around the world and is generally the foundation of many orogenic belts or mountain chains.
There are three tuba players under the Silver Band Crest..... they are the only band members playing now.....but ALL 30 of the music stands are rattling....
Most often granite is the underlying rock upon which sedimentary and other continental rocks rest.
The conductor wants to correct something.....
“This is all about dynamics....and getting the tune through.............mezzo forte................”
They have stopped playing now, to discuss a contest this weekend - I hear a mixture of Scottish and Yorkshire accents.
Conductor: “The adjudicator will be sitting in a box................”
Tuba player (Yorkshire accent):
“Everyone please wear your uniforms.....purple shirts and red ties - black trousers. And wear the band jacket....no grey socks and no trainers please”...
(General discussion)
The conductor motions for silence and on his signal they’re off....
This is incredible, absolutely beautiful - what does it feel like to make this sound?.....to be part of this sound?
The conductor turns to the horns, the barritones.... (nee) Barr is on his near right.
“Make sure it’s there....” he directs.
Quiet again now.....apart from rustling - as 29 people rifle through their sheet music.
A few moments pass and the sound explodes upward again.
As I recognise the tune (the theme music from Rocky)...I laugh out loud......NOT that they can hear me.
Embarrassed though....I look at the carpet – it has an interesting pattern – of dark red and blue, interlocking geometric (celtic inspired) sections.
Because they solidified from a fluid state, igneous rocks tend to have an equigranular texture, a uniform fabric without layers. The mineral grains are packed together tightly – to form interlocking crystal frameworks.
The conductor is shouting:
“THE MIDDLE OF THE BAND.......WHERE THE SOUND COMES FROM”
The mutes have come out. These are white solid cones........
Mutes in place and the sound of Bees, a kind of eerie vibrating hum fills the hall. I dont have words to describe this sound.....
The Conductor shouts: “CORNET - REVERB!”
...’Hornet Reverb’ (?) or
it’s like ‘Throbbing Gristle’ ...(the band)? or something..
'Plutonic - relating to the underworld or the god Pluto' ?
I focus on the Silver Band Crest again – the clocktower.....and the numbers ’18 - 80’
To the right are some free-standing office dividers – covered in white sheets of A4 paper – which turn out to be a glossary of musical terms.
Conductor: “Second cornet - Third cornet – LADLELADLELADLELADLELADLELE”
They respond.
A nonchalant looking teen in a hood - starts to play the snare drum in the corner of the hall.
I want to clap.
Conductor: “ Three bars – YA DA DA DA DUM DUM. DE DE DE DE LE CHUM! ”
“Crotchets – Meta A...................from A all in  - Horns”
The reply is beautiful.
Conductor says: “ Chick Chick Chick Chick Chickens......”
(?)
(General laughter and the sound of sheet music being shuffled)
More blue folders arrive on the chair to my left – titles: ‘Drink to me only’; ‘Four pieces for four trombones’; ‘Suite for trombone quartet’
(Discussion ensues about bus arrangements for the weekend’s contest. Space for 38)
Jill (nee) Barr: “Ah need tae know if yer going on the bus or no!!!”
(laughter)
Conductor: “And whatever you do this weekend – don’t drop your mutes”

Two hours have passed and the rehearsal ends when the conductor says:
“BREATHE.........." 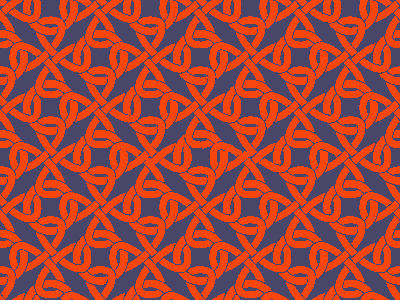